Grandma Zorka is the big boss of family tobacco smuggling business involving several families in the village. She decides to leave the business to her granddaughter Petra - but first she needs to marry, so Zorka can be sure that business won’t go down by her bad choice of husband. As three of the locals compete for Petra, their families help them to eliminate competition which leads to numerous humoristic situations.

However, as love truly is blind, she will fall in love with the one she is not supposed to – new border police officer Marko on a mission to uncover Skorupović family.

They both have hidden agenda – Petra will try to get more information on police actions and Marko will try to gather evidence against them.

At the same time, smugglers are facing two main problems – first being a traitor among them and the second one is Croatia joining Schengen zone soon which will make smuggling almost impossible.

Apart of smuggling and rivalry for Petra, the community represents typical rural village filled with comic stories coming from conflicts and different characters. 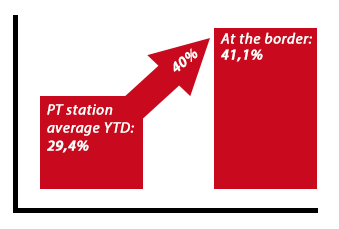